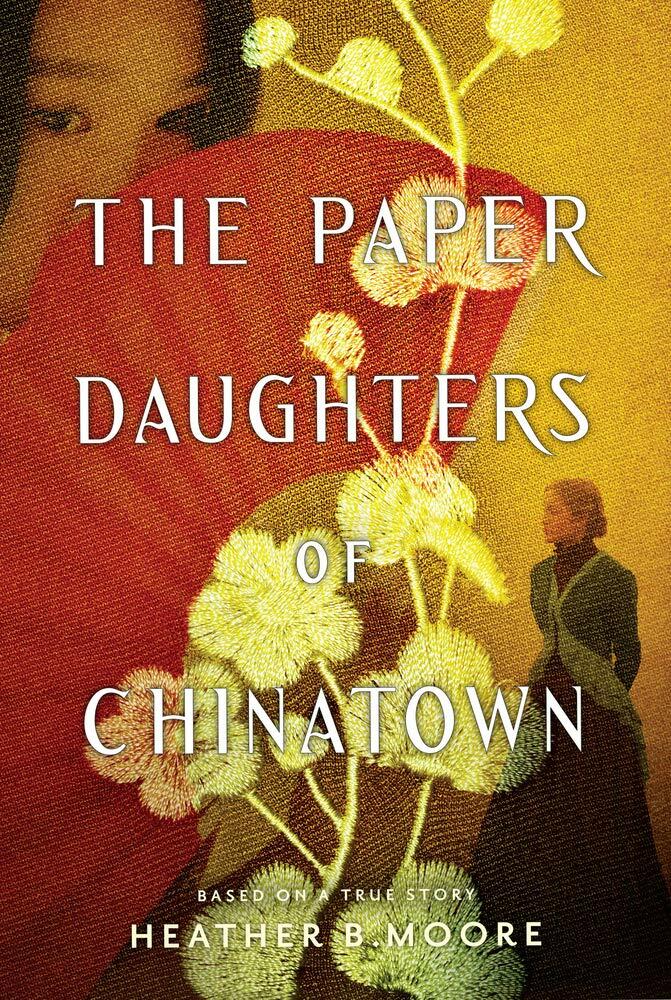 THE PAPER DAUGHTERS OF CHINATOWN

History is a funny thing. I often find that what's left out of the lesson plan can be even more powerful than what's left in. At least it's often more interesting. Perhaps the motivation for omitting such chapters is because the topic is just too uncomfortable to be spoken of, until times and attitudes change enough to learn, accept, and grow…

My book club pick for October, The Paper Daughters of Chinatown, is a powerful historical novel based on actual events, and is such a topic; covering the dark period and practice of trafficking young Chinese women in America in the late 1800's.

Fake documents provided a means for illegal entry into the United States, and in this example, into San Fransisco's Chinatown, where the moniker "paper daughter" originated. Once here, the woman had no legal identity and no means of escape.

Thankfully, even true stories have heroes as well as villains, and it's the heroes that make this book a worthy and exciting read! Like those at the Occidental Mission Home for Girls, a bright spot in a landscape of bleakness...

"Told in alternating chapters, this rich narrative follows the stories of young Donaldina Cameron who works in the home, and Mei Lien, a “paper daughter” who thinks she is coming to America for an arranged marriage but instead is sold into a life of shame and despair.

Donaldina, a real-life pioneering advocate for social justice, bravely stands up to corrupt officials and violent gangs, helping to win freedom for thousands of Chinese women. Mei Lien endures heartbreak and betrayal in her search for hope, belonging, and love. Their stories merge in this gripping account of the courage and determination that helped shape a new course of women’s history in America."

The Paper Daughters of Chinatown, is a terrific historical read, timely, and a good reminder of how valiantly women have had to fight for their freedoms and equality, especially those in already marginalized populations.

It also reinforces a message I share from my heart often; bad things happen, yes, but the good is always near, waiting to spring forth from the shadows and triumph!

Get your copy HERE